The UMMAF National Team will dispatch its biggest squad of athletes to date outside of the Amateur MMA World Championships, as the nation targets the first IMMAF-WMMAA Pan-American Open Championships in May.

With one of the most impressive gold medal journeys ever seen on the international platform, Vinson shook all opposition with four successive knockout stoppages in as many days to claim a first world title and continue the USA’s record of securing gold at each world championships since the IMMAF competition made its debut in 2014. 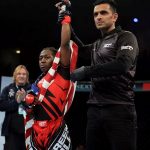 Taking place in The Bahamas from 15-18 April, the Pan-American Open will host the USA’s largest representation of athletes outside of the World Championships. In past years, smaller delegations included former world silver medalist David Evans entering the 2016 European Open. In addition, the nation’s talent has secured gold medals at other continental open championships, earned by women’s strawweight standout Hannah Scoggins taking home the 2018 Asia Open title, and top 10 ranked welterweight Darian Weeks at the 2018 Oceania Open.

Following a successful professional debut in February, Weeks is poised to join the coaching staff of Team USA, bound for The Bahamas, alongside Andrew Ebers and decorated national team coach Robert Hulett.

Among the team’s newcomers who have shown promise in the early stages of their amateur MMA tenures; budding knockout artist, 24-year-old Daniel Liberson, enters at 5-0 with each win secured via stoppage, plus 29-year-old heavyweight Jeremy Woolfolk who has impressed on the regional circuit with a 4-0 run featuring 3 stoppages.

See below for the full list of Team USA registered for the 2019 Pan-American Open Championships. 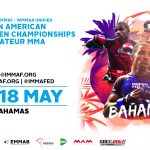